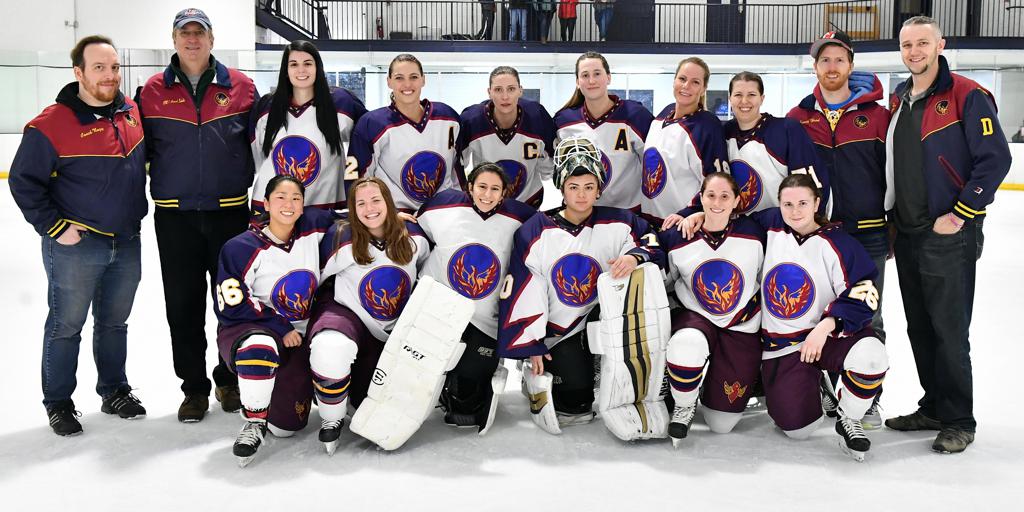 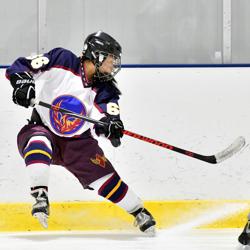 North Jersey Phoenix is a women’s USA Hockey sanctioned team currently playing in Division 1 of the UWHL (United Women’s Hockey League). The team is comprised of women 18 years old and above who wish to continue playing recreational hockey at the highest level offered in the state of New Jersey.

The team plays an average 16 game season against teams in New Jersey, New York, Pennsylvania, Connecticut and Delaware. All home games are played at Pro Skate in New Brunswick, NJ. Practices are held at Cutting Edge Ice Academy and are conducted once every other week. Players that are new to the game are welcome to practice alongside the team. Tournaments are participated in during the summer months, including our own Phoenix Invitational Tournament.

Phoenix is a 501(c)(3) nonprofit organization that runs solely by passionate volunteer coaches and staff. All donations, merchandise sales, and fundraising goes directly to the team to help off-set player dues and travel costs. 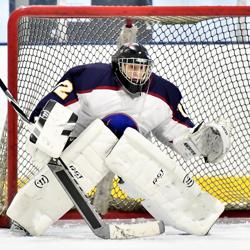 Phoenix was established in 2013 as a college team for women whose school did not offer a team for them to play on. The collegiate team played in the DVCHC (Delaware Valley Collegiate Hockey Conference) for 2 seasons before broadening it’s reach into the UWHL which allowed for all women to play regardless of academic enrollment.

During our time in the DVCHC, Phoenix made it to the Playoff Finals twice and finished 1st in DII during the 2014-15 regular season. Phoenix has now been a part of the UWHL for 2 years and in 2018 won the UWHL D1 Championship for the 1st time.

We are always looking for more dedicated and passionate players to join our team. If you, or someone you know is interested in becoming a Phoenix, please contact us through the email or phone number listed below. We look forward to growing the game of women’s ice hockey through our success, outreach and collaborations with other programs in the state of New Jersey and beyond.

Traco distributes regular line products for leading Brand-Name Manufacturers. We also stock a very large selection of  refrigeration and air-conditioning surplus merchandise all under one roof.

Want to participate in your local community? Become a  sponsor for North Jersey Phoenix Womens Ice Hockey and support youth in your area.

Want to participate in your local community? Become a  sponsor for North Jersey Phoenix Womens Ice Hockey and support youth in your area.