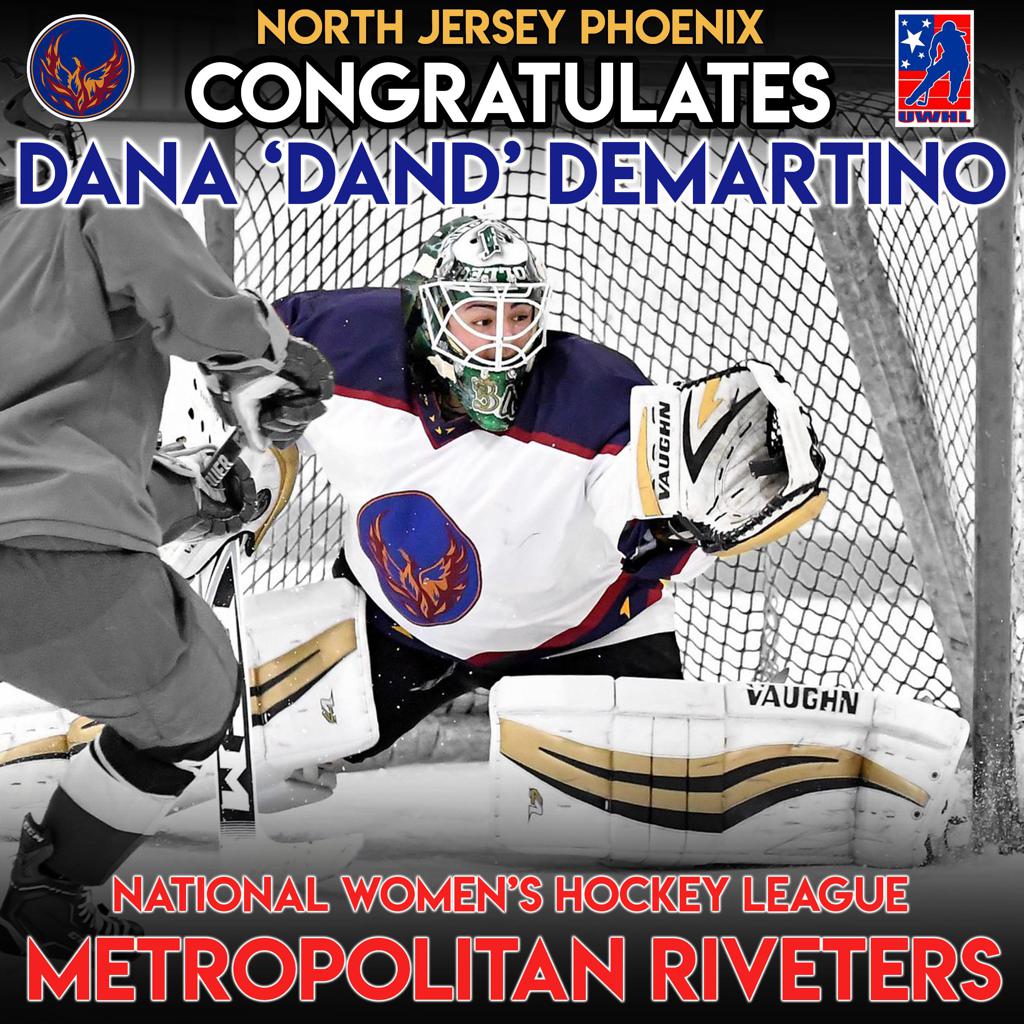 The North Jersey Phoenix are proud to announce that Dana DeMartino has signed a 1-year contract with the Metropolitan Riveters in the NWHL. Dana has been a goaltender for the Phoenix for the past 2 seasons in the UWHL and has taken the team to 2 championship games.

During her stint with the Phoenix, she made 469 saves in 17 games played and had one of the league's best save percentages, a .928%. During the 2017-18 season, Dana led her team to victory and won the UWHL Division 1 Championship in a hard fought, unprecedented 13-round shootout. On and off the ice, Dana has been a hardworking, motivated, and all-around outstanding teammate. Her commitment to the Phoenix has left a mark on our organization and she will be deeply missed.

We wish her the best of luck in her first NWHL season and her career as a professional hockey player.

Once a Phoenix, always a Phoenix. Let’s go Riveters!

CONNECT WITH US ON SOCIAL MEDIA

What's great about this sponsor?